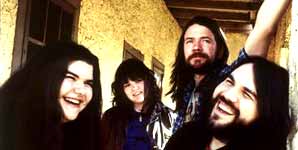 The Magic Numbers are set to release their third single, 'Love's A Game' from their platinum selling debut album, on 24th October 2005.

The Magic Numbers are fast becoming everyone's favourite band. Since they released their eponymous album in June, which stormed the UK album charts at Number 7 they've been performing at many of the UK's Summer Festivals, notched up two Top 15 singles with 'Forever Lost' and 'Love Me Like You', picked up an award at this year's prestigious Mojo Magazine Awards and a Nationwide Mercury Prize Album Of The Year nomination.

Having just finished off their first European Tour, the Numbers will be returning to the UK to head off on their (completely sold out) biggest headline UK tour to date which coincides with the release of 'Love's A Game' in October. 'Love's A Game' is backed with two brand new recordings 'Last Night I Fell' featuring Michele on vocals and 'Keep It In The Pocket'

The Magic Numbers have also contributed a track ' Gone Are The Days' to the Warchild Help LP 'A Day In The Life ' and have also been nominated for the 'Best New Band' award at this year's Q Magazine Awards.

CD
Love's A Game
Keep It In The Pocket

The Magic Numbers - Love Me...

The Magic Numbers, Loves A Game, 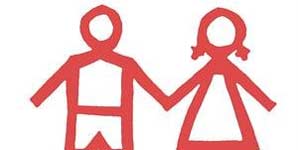 The Magic Numbers - I See You, You See Me