The Mars Volta have been fair-to-middling for a while now, so we shouldn’t be too surprised that they’ve called it a day. What is surprising though is the amount of vitriol that Cedric Bixler-Zavala had for his now former bandmate Omar Rodriguez-Lopez. It was the former who broke the news on his Twitter, just 24 hours after Rodriguez-Lopez had announced plans for his new band Bosnian Rainbows.

Bixler-Zavala – who was also with Rodriguez-Lopez in At The Drive-In – sent a series of Tweets announcing the news. “Thank u 2 all VOLTA fans u deserved more especially after the way u rooted for us on this album” he wrote. “I tried my hardest to keep it going. But Bosnian Rainbows was what we all got instead. For the record I tried my hardest to get a full scale North American tour going for Noctourniquet;[The Mars Volta’s last album] but Omar did not want to. ... What am I suppose to do be some progressive house wife that's cool with watching their partner go f*ck other bands? We owe it 2 fans to tour."

Bixler-Zavala also had words to say about the At The Drive-In summer reunion shows last year. Whilst he flung himself into the live performances with gusto, his guitarist was notable by his subdued demeanour, wearing a baseball cap and turning his back away from the audience for much of the year. “And for the record I'm still in love with ATDI. Proof was in MY performance. I would never get on stage if my heart was else where” the singer wrote in a clear reference to his old band mate. “I have cancelled shows before for knowing full well that my heart was not in it at that moment. Why? Because its an insult to the audience.”

It's been four years since Bedlam in Goliath, the album that spawned the Grammy winning 'Wax Simulacra', the bold cry to the world that prog is not dead. Your contemporary music listener of the day may struggle to believe that prog still has a pulse; despite the success the band achieved at the Grammys, the album was still relatively slated by the hip and trendy music press (Pitchfork gave it a very unflattering 4.3). But, whilst the popular music press may seem to have turned its back on what was possibly the most exciting musical movement ever at its peak in the late 60s and 70s, that hardly means that the world will follow suit and cast bands like The Mars Volta into unknown obscurity. 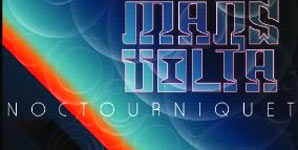 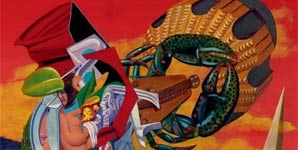 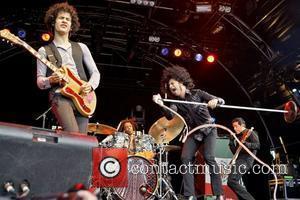 The Mars Volta - The Widow Video