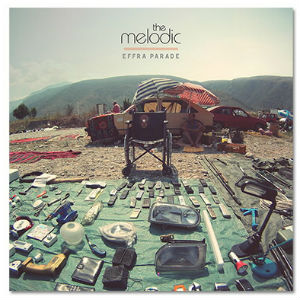 The Melodic - One Day

The video uses a low-quality style of filming as if it has been projected by an old fashioned movie projector. It was shot in Barcelona's Guadi Park and features a young male photographer sight-seeing before getting his camera stolen by a girl who he chases into a Venetian mask store to retrieve it. He photographs a variety of sights including a graffiti artist, a street performer and a violinist busker. The song itself is a wonderful folk twist on the original pop song, featuring both male and female vocals which almost invite a sing-a-long. While many cover artists make the mistake of over-embellishing on original classics, The Melodic goes the opposite way with a much more toned down and slightly monotonous edge to the unique track.

The band; who are Huw Williams, Rudi Schmidt, John Naldrett and Lydia Samuels; have also announced their Living Room Tour that will see them perform for their fans in their own front rooms as well as several other unusual locations such as a Belgravia mansion, a laundrette and castle turret - and it's all completely free of charge!

Continue: The Melodic - One Day