Movie Reviews: Death At A Funeral 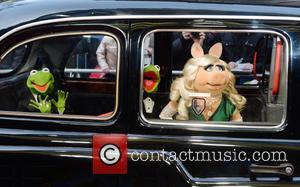 It's not often these days that comedies are described as farce. But the term is used by most of the critics writing about Frank Oz's Death at a Funeral. The director, best known for providing the voices of Muppets characters Bert, Fozzie, Miss Piggy, and Yoda, has taken his camera back to England where farce still counts for something. (Many of The Muppets' TV shows and films were also produced in England.) "Death at a Funeral shows us how funny farce can be -- even with the hokiest of premises -- in the hands of the British," writes Desson Thomson in the Washington Post. "Why did Hollywood director Frank Oz cross the Atlantic to make Death at a Funeral?" asks Ty Burr in the Boston Globe. "Because he knows that a comedy of embarrassment works better when those being mortified are British." Adds Claudia Puig in USA Today: "The lack of propriety and solemnity is precisely what makes this comic farce so uproariously funny." And Ruthe Stein in the San Francisco Chronicle observes that like many of the classic British comedies, "the humor manages to be simultaneously sophisticated, supremely silly and very dark." But Kyle Smith in the New York Post is unimpressed. "The movie," he writes, "is a gentle British ensemble comedy much like Four Weddings and a Funeral -- minus the four weddings and four-fifths of the wit."