The American indie musicians have launched a new streaming platform named after their PEOPLE festival.

The USP behind the idea is that PEOPLE will be an open streaming service for artists to post one-off ideas, ranging from demos and song sketches to collaborations.

The beta version of the streaming platform was launched on June 6th and is available now, containing music from The National, Bon Iver (Justin Vernon’s band), Phoebe Bridgers, Lisa Hannigan and a new four-track EP from Vernon and Aaron Dessner’s Big Red Machine project. The full version of the platform is being launched in August.

The Dessner brothers of rock act The National, Aaron and Bryce, both went on the promotional trail for the new platform this week. Aaron told the BBC that PEOPLE would be an “artist lead, artist designed, [and] artist driven [that feels like] a new kind of landscape.”

Bryce, meanwhile, spoke to The Guardian and said: “Hopefully this will be an environment where new types of music, new types of collaboration can pop up that don’t fit in with a standard release. If it’s just National B-sides, it won’t be a success.”

The material written in formal support of the platform keeps things suitably vague as to what the ultimate aim of PEOPLE is, describing it as “a steadily growing group of artists, creating and sharing their work. PEOPLE is non-hierarchical. It is produced and created by the artists, in full freedom. There are no headliners or bands, sponsors or brands, billing or program. It is brought to life by you and us.”

Meanwhile, the upcoming PEOPLE festival is being held in Berlin at the Funkhaus on the weekend of August 18th-19th, with 156 confirmed performers but whose identity hasn’t been revealed.

Bon Iver’s last album was 2016’s 22, A Million, while The National scored a number one record with last year’s Sleep Well Beast.

More: ‘Mistaken For Strangers’ – The National’s documentary on brothers Tom and Matt Berninger

The National's Matt Berninger: Singing with Taylor Swift is like dancing with Gene Kelly The National - Walk It Back Video Video The National To Host Benefit Concert For Students In Guatemala 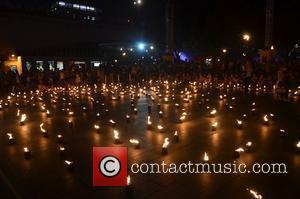 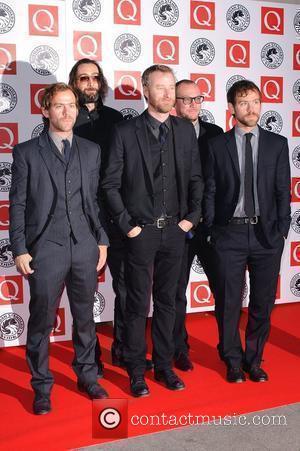 Rejoice! The National Are Back With New Album 'Trouble Will Find Me'