The Neighbourhood - I Love You Album Review

The Neighbourbood's debut album 'I Love You' sounds like a band trying to do edgy but not really getting there and sounding more like a try-hard boy band - with instruments of course. They're the sort of band that come under the radio-friendly bracket - most of the time anyway - joining the list of Fun, Kodaline and The Script. Well, actually, the only thing that makes them different to those on that list is the moody agenda of frontman Jesse Rutherford; his lyrics go to desperate lengths, like in 'Afraid', we're greeted with, 'fuck you anyway you make me want to scream' and 'you suck anyway you make me want to die'. It sounds like a stroppy rant to a parent. 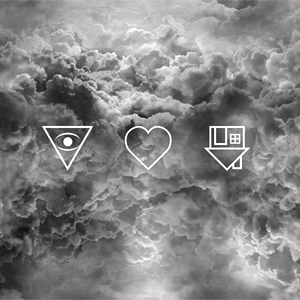 A lot of the songs have an adolescent glaze over them, mostly via the lyrics, 'Cos we all chew gum, we all have fun', and more about skinny-dipping in 'Alleyways'. 'W.D.Y.W.F.M' is where it all goes too far and feels strained. Actually standing for 'What Do You Want From Me', what was the need for only using the initials as the title? It's like Fall Out Boy's 'Thnx Fr Th Mmrs' where they dropped the vowels for no apparent reason; it just looks stupid and no one knows how to deal with the title when trying to discuss it. 'Staying Up' gives us, 'How can I sleep if I don't have dreams, I just have nightmares. How can it be I still believe something is out there?' Hmm. childish on the surface but, let's be honest, no one can sleep with one leg out of the covers due to the unidentifiable monster that MIGHT be lurking. So we'll let it slip through. Last lyrical pointer from The Neighbourhood is in the form of 'A Little Death' where Rutherford demands, 'Touch me yeah I want you to touch me there.'

'Let It Go' is surprisingly delightful, with the more 'standard' nicely flowing pop chorus. More soul is brought into the mix in 'Flawless' and 'Female Robbery', which brings a bit of sophistication and fits 'I Love You' better. The scuzzy guitars and stark beats have their moments of greatness like in the stalker-ish 'Everybody's Watching Me (Uh Oh)' and previous single 'Sweater Weather'. But at the same time, they don't fire out anything particularly thrilling, the kind where your ears really prick up and your eyes widen.

Continue reading: The Neighbourhood - I Love You Album Review The Neighbourhood - Wiped Out! Audio Video

The Neighbourhood: Weed helps us write

The Neighbourhood - Let It Go (Live on Letterman) Video

The Neighbourhood - I Love You Album Review