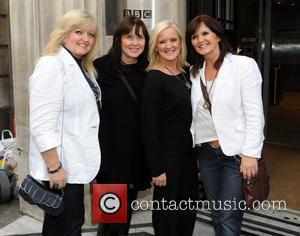 The Nolans star Coleen Nolan has written an emotional tribute to her late friend Lynda Bellingham, who died on Sunday (19Oct14).

Nolan was left devastated when her friend and fellow panelist on U.K. Tv show Loose Women passed away at the age of 66 after a battle with bowel cancer.

The singer-turned-Tv star has now penned a heart-warming article for British newspaper the Daily Mirror, in which she shares her memories of Bellingham and recounts their final goodbye during a small screen special which was filmed just days before her death.

Nolan writes, "When I saw her 12 days ago as we filmed her last Loose Women appearance, I knew she would not make it and when I looked into her eyes, I knew deep down she had guessed that too... I'm sure part of her thought, 'I can bulls**t this lot as much as I want, but I'm going to struggle'... It was an unspoken exchange between us and I don't think she would have admitted it out loud. She needed to have a goal and she was so determined to remain strong for her family... It was emotional from the start. The make-up team were in tears, and I was really struggling to hold it together... I was certain this would be the last time I would see Lynda. This would be our last hug - our last goodbye... But Lynda was so amazingly courageously strong. When I cried she told me not to, she was the one comforting me, which shows how brave she was."

Nolan, who lost her sister Bernie to cancer in 2013, concludes, "Today I feel angry and devastated - angry at the whole cancer thing... I have lost my sister Bernie to cancer, now Lynda. So much money is ploughed into research and we don't seem to be getting anywhere... I don't want to loose anyone else close to me... I'm just glad that... I got the opportunity to say goodbye."

Bernie Nolan, Of The 80s Girl Group The Nolans, Dies After Battle With Cancer