Ricky Gervais Teases Fans Of 'The Office' With "A New Dawn"

Gervais posted an update from the set of the big screen version of 'The Office', currently a month into filming.

Ricky Gervais has given fans a glimpse of “a new dawn” at ‘The Office’. Quite literally, in fact, as he posted a photo on his social media pages of a new actress playing the receptionist Dawn in the movie adaptation of his old BBC sitcom that he’s currently filming.

‘The Office’, which introduced the world to Gervais’s most famous comic creation David Brent, is getting the big screen treatment, which will see the deluded branch manager pursuing his dream of becoming a rock star with his band, Foregone Conclusion.

Continue reading: Ricky Gervais Teases Fans Of 'The Office' With "A New Dawn"

Brent and his guitar are back for more

Did you think you’d never get the chance to see David Brent live in concert every again? Perhaps you thought it was a foregone conclusion… Well, not to worry, because the ex-Slough-based office manager-cum-talented musician has announced new tour dates with his band, Foregone Conclusion.

Why don't we all just learn guitar with David Brent

The news will come as a relief to those who missed out on tickets the first time around; Brent's autumn 2013 gigs at London's Bloomsbury theatre and Bristol's Colston Hall sold out in under 15 seconds. Those that weren’t speedy enough were forced to watch their Office boxsets, crying.

Steve Carell's return to The Office was a successful one, as the show said it's final goodbye

Steve Carell has come a long way since he first introduced himself to America as Michael Scott, the hapless boss of Dunder Mifflin's Scranton branch, but even after two years (and two seasons) away from the show it was almost as though he'd never left The Office. Thursday's (May 16) 75-minute final farewell to the cast brought to an end nine seasons - spread over eight years, since 2005 - worth of highs, lows, loves and losses, and Carell's return served as the perfect icing on top of what was already a excellently crafted cake.

The feature-length send-off featured a reunion of the Dunder Mifflin colleagues old and new, who came to celebrate the marriage of office manager Dwight Schrute (Rainn Wilson) and accountant Angela Martin (Angela Kingsley). And Carell's return as Scott was done in classic, cringe-worthy fashion, as the former manager re-entered the show to give his famous one-liner for a final time. Of course, where else other than a wedding is it more appropriate to enter a room saying; "That's what she said."

His insight into the wedding was equally as Scott-esque and best watched from behind a pillow, with the hapless character reflecting on the marriage when he told the camera, "It's like all my children grew up and they married each other."

Which one comes out on top?

The U.S Office closes its doors after nine seasons tonight, with the season finale expected to attract millions of viewers. As it’s officially ‘season finale season’, we thought this would be a good time to pit The Office up against it’s predecessor: The Office…

We’ve split this up into five nice categories: critical response, originality, longevity, viewing figures and legacy. Way we see it, that makes a nice ‘best of five situation’ to sort out at the end. An added bonus is the lack of hard math. Here we go.

Take a look at our favorite moments, and feel free to suggest your own

Tonight sees the finale episode of The Office hit NBC. It’s a sad day for sure, but after eight hilarious years of workplace jokes, it’s time to celebrate the life of this great show. What better way to remember it than a top 5 moments? A top 10 moment perhaps, but you’ll get what you’re given. Kicking off our choice selections is The Christmas Goose; Dwight brings a dead goose into the office with only good intentions at heart, but the other staff members aren’t so sure they want a dead animal lying about. Our favourite line: “Can you watch this? I’m going to get my carving knife out of the truck.”

'The Office' Closes Its Doors After Nine Hilarious Seasons

Never has a U.K import been so popular. The U.S Office is finally shutting down after nine seasons of awkward silences, work-place japes and, of course, paperwork.

A remake of David Brent’s original British comedy, which lasted two seasons in the U.K, the American version displayed greater longevity, but that’s not what the show runners predicted. In fact, the first season wasn’t received nearly as warmly as the subsequent eight. "I just wanted to do something with a faithful tone," executive producer Greg Daniels says. 'The Office' Finale Will Be An Extended Bumper Long Episode!

NBC is giving fans of The Office a nice little farewell present as the sitcom wraps up its nine-year run on May 16, 2012. The network has announced the final episode will be extended by 15 minutes, airing from 9pm till 10.15pm ET/PT. Though great news for Office fans, the news is hardly surprising given the show's executive producer Greg Daniels told the Los Angeles Times last week he was gearing up to make some pretty daunting edits on the final episode.

"There's all these moments and you want to make sure everybody has a chance to have some closure on their stories and say goodbye or whatever," he explained, adding, "It was a big question of trying to fit everything in. That's the big issue right now because we have an 81-minute cut for the final episodes, and we have to cut it down to about 41 or 42 minutes. That's half of it! I don't know how we're gonna to do it."

Ricky Gervais and Stephen Merchant faced a similarly difficult task when wrapping up the original UK version of the show without leaving storylines open ended. One thing definitely happening in the season finale is the return of Steve Carell's Michael Scott, who will make a special cameo appearance.

Continue reading: 'The Office' Finale Will Be An Extended Bumper Long Episode! 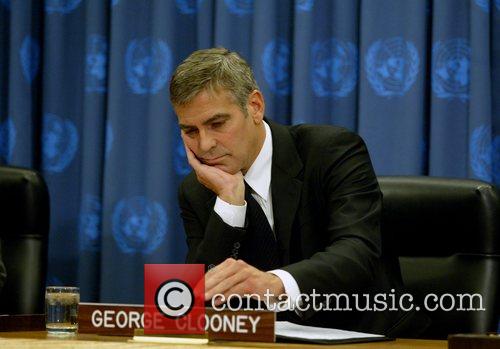 Kaling To Quit The Office?