The Offspring are to head into the studio in January with longtime producer Bob Rock to work on a new album. 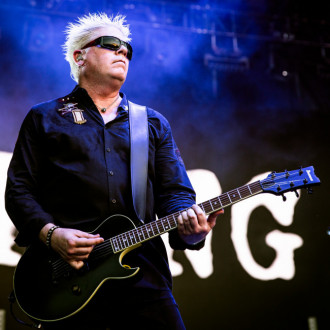 The Offspring are to head into the studio next year to record a new album.

Singer Bryan "Dexter" Holland admitted the band don't have a long-term plan and feel "very fortunate" to still be around.

He said: "The nature of the music business is that you never know when your time is up. We’re very fortunate to still be here.

"But as Jim Morrison once said, ‘The future is uncertain and the end is always near.’

"It always seems like we can do this for a few more years — people are still coming to the shows, and we’re still getting played on the radio — so for the time being it seems OK. But beyond that, who knows?"

The 'Self Esteem' hitmakers are to go into the studio in January with longtime producer Bob Rock to work on a follow up to 2021's 10th studio album 'Let The Bad Times Roll'.

Speaking to Canadian newspaper Times Colonist, he added: "In a funny way, I think the [pandemic] break really energised us.

"It gave us time to let us finish the last record, and we got the band real tight. We've decided to keep on going, so when we're in-between tours, we're working on new material."

In August, The Offspring reassured fans that they and their crew were safe after one of their SUVs caught fire in Canada.

The 'Pretty Fly (For a White Guy)' hitmakers were on the road to Rimouski, a city in Quebec, when an item flew off the vehicle in front of them and sent flames soaring through their ride.

Fortunately, no one was injured and they made it on time to play Les Grandes Fetes TELUS festival, though personal items including passports and luggage didn't make it.

The group tweeted: "While traveling through Canada yesterday, something flew off the vehicle in front of us and became wedged underneath one of our SUVs and it caught fire. Everyone got out safely, but the luggage, passports, laptops and pretty much everything else was destroyed."

Reassuring their fans, the band added: "We are happy to report that everyone is doing ok and we've made it safely to Rimouski and will be performing tonight at Les Grandes Fetes TELUS. Hope to see everyone there!" 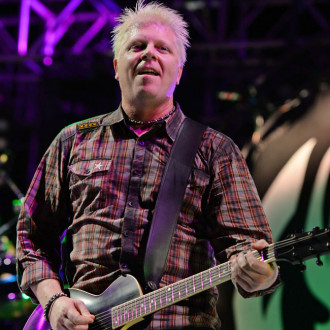