Review of Form & Control Album by The Phenomenal Handclap Band

Phenomenal: 1. Very remarkable, extraordinary 2. Perceptible by the senses or through immediate experience. Well, I don't know much about either of those two, but the first minute of Form & Control's opening track Following sounds like a dead ringer for ABBA's Lay All Your Love On Me at about half the speed; maybe being phenomenally cool enough to mess with the legendary is the point, except being made in a hipster, New Yoik kinda way. 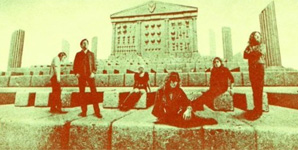 The Phenomenal Handclap Band have, as well as one of the most awkward names in pop, established something of a reputation as A) Genre leaping 'heads with a vision firmly looking backwards into the hair, Cher and flares eras and B) For equally being as one daily paper recently put it, not quite as enigmatic - or radically chic - as they'd like to think they are.

The brainchild of producer/DJ's Sean Marquand and Daniel Collas, Form & Control follows PHB's eponymous 2009 debut album, and again the idea is kind not so much of a band as a hippy commune of free creative spirits, all forever keeping their psychedelic disco chakras open and tapping the universal spirit of the beat. Or something. Back in our dimension this means that they sound a bit like the Magic Numbers gone all Studio 54 glistery on The Right One, whilst the subtly warmer tones of Afterglow are a more soulful extract from the Aquarian age.

This super swinging sixties vibe has been exploited to the point of boredom in the last few years, and at times when they fail PHB sound like a kitsch Stereolab tribute act, particularly on the wistfully derivative closer The Attempt. When they take their foot off the tie-dye pedal however and play it straighter the formula pays some dividends, especially on the piano-bashin' title track, whilst the stand out, summery French pop of All Clichés makes you think of Vespas, mini-dresses and beehives almost unbidden.

As with Chapter 1 of this story, the idea sounds a little better than the execution. If PHB have a future in this past, you might speculate that it's via a more ad-hoc EP and remixogram or two rather than in all the knotty hassles of like, an album, man. Now, where was that ABBA compilation again... The Phenomenal Handclap Band - The Right One Video 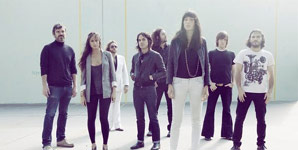 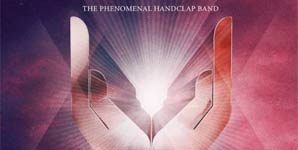