Review of Emergency Album by The Pigeon Detectives

The Pigeon Detectives
Emergency
Dance To The Radio
Album Review 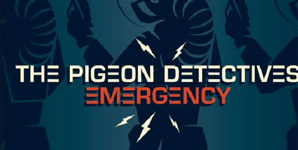 The Pigeon Detectives are set to release 'the difficult' second album 'Emergency' nearly a year after the release of their brilliant debut album 'Wait For Me'. These guys obviously are not in the mood to hang around or just live off the success of the first album.

It does go to show that bands can be a success even with an independent record label giving them a chance and The Pigeons have Dance To The Radio to thank for that.

The album kicks off with the Single and title track 'This Is An Emergency' and on the speed that the album was produced it was somewhat of an emergency. A decent tune to state that you are back in the folds of things, although to be fair it doesn't seem like they have been away.

One of the things about The Pigeon Detectives is that they always know how to produce that killer sing a long track. With spiralling guitar riffs a and Matt showing that even after all that touring he is still on top form, 'I'm Not Gonna Take This' is surely going to be a favourite on the current live tour. This along with 'She's Gone' will go down a storm. 'She's Gone' being a fast upbeat, jump up and down like a mad man tune.

When you are good a churning out fast, upbeat sing a long tunes why on earth would you do a boring slow, dull acoustic song? It just doesn't make any sense and 'Nothing To Do With You' is good advice just hit the forward key and ignore this one! Luckily that is the only acoustic tune and hopefully the boys have got that out of their system.

The album continues thankfully in true Pigeon Detectives style, back to the sing along tunes 'Say It Like You Mean It' and 'Love You For A Day (Hate You For A Week)' The award for the most ironic song title of the day goes to..

. 'Making Up The Numbers' confused? You will be, this track does everything bar making up the numbers, has to be one of the best tracks on the album, so there you have the irony.

The one thing about this album is that any track wouldn't be out of place on the first one, which if you loved is great. BUT oh yes there is always a but, it just seems that The Pigeon Detectives haven't really progressed or tried something else different. You could say that the guys have played it safe. Still this is a good album; just a bit to similar to their debut. 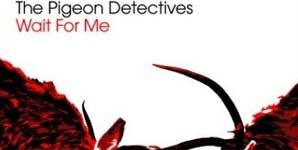