The Saturdays Will 'Go Wild' On Rochelle's Hen Party

The Saturdays plan to ''go wild'' on bandmate Rochelle Wiseman's hen party because they want to better her fiance Marvin Humes' stag do. 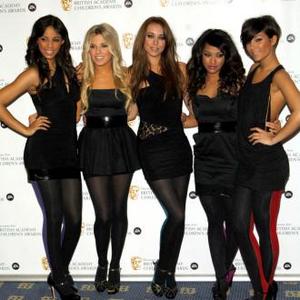 The girl group - who shot to fame in 2008 with 'If This Is Love' - want to outshine the lavish eight-day stag party thrown by the JLS boys for Rochelle's fiance Marvin Humes.

While Marvin partied in Las Vegas with his friends and bandmates - Oritse Williams, JB Gill and Aston Merrygold - to celebrate his last few months of bachelorhood, Rochelle was at home cooking for his family.

The 23-year-old singer laughed: ''It looked like he was having a whale of a time. He was handcuffed to a dwarf, he went in a helicopter, he was in the casino 24/7, he wore a bikini ... I was with my new in-laws cooking.''

Discussing her own fiance Ben Foden's scandalous stag do, on which the England rugby star was photographed naked in a strip club, 30-year-old Una said: ''We all have to see what our fiances do. For most people what goes on stag stays on stag, whereas we get to see it all. It becomes a bit embarrassing and all that but it's all behind us now.''

The Saturdays - which is also comprised of Mollie King, Frankie Sandford and Vanessa White - have just released new track '30 Days'.