Spoilers for this Saturday's episode 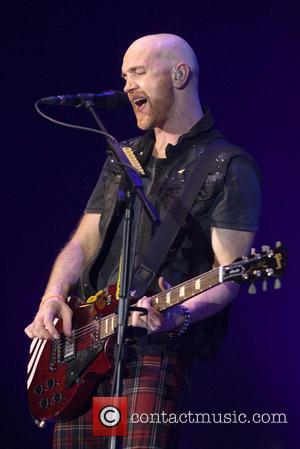 Danny O’Donoghue’s a cocky feller you know, and he’s going  to come across even more cocky on this Saturday’s episode of The Voice in the UK, with The Script man arguing with Jesse J over a contestant who couldn’t even cut the mustard over on ITV’s X Factor.

That’s right, in a scene that’s probably more likely to undermine the quality of those entering the BBC reality singing contest than it is to boost any ratings, O’Donoghue tells X Factor 2011 contestant Lemuel Knights “I've been in the business 15, 16 years, The Script is just the tip of the iceberg. If you go into their teams, statistically you'd have a much worse chance of trying to get out of theirs than you would mine. I don't have any singer like you on my team.” We could construe that to mean that all of Danny’s singers are just a bit naff, but we won’t.

Anyway, as you can imagine Jessie ‘Keeping It Real’ J wasn’t too happy about Danny’s accusations – even though, really, he was surely tempting Knights over to the other teams. “That's not nice to put the singers down that you have taken through, who can sing like that” she fumed, as Will.I.Am chuckled and Tom Jones presumably pondered once again why the hell he was there and who these people he had to sit next to week after week were.