The Script Dancing With The Stars 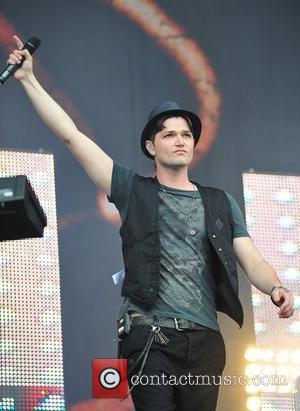 Irish rockers The Script have cancelled a concert in Oklahoma to appear on Dancing With The Stars.
The Man Who Can't Be Moved hitmakers were due to perform at Cain's Ballroom in Tulsa on 28 September (11) but they have been forced to call off the gig to tape a segment for the U.S. TV show.
A note from the band states, "Due to unforeseen circumstances, The Script have to cancel the Sept 28 show in Tulsa, OK. All ticketholders will receive refunds and we look forward to seeing our fans in Oklahoma when we are able to return."
The band hopes to return to Tulsa next year (12). Promoters are offering full refunds to ticketholders.