Review of Echo Of Love EP by The Shutes

The Shutes' new single, Echo of Love, is the lead track from their upcoming EP of the same name, which will be released on April 2nd, through Cross Keys Recordings. 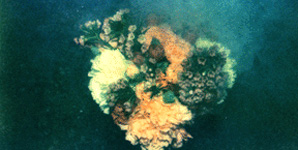 The video for Echo of Love was directed by Joss Crowley and sees the members of The Shutes in a car, writing the lyrics to the song on the window in marker before wiping them off.

The Shutes formed in 2010 and comprise Michael Champion (singer/songwriter); Rob Potter (guitar) Dave Champion (guitar) and Chris Jones (percussion). Echo of Love was recorded with the help of producer Julian Simmons, who has worked with Midlake and Guillemots. It was mixed by Rich Woodcraft, who has worked with the likes of The Arctic Monkeys; Radiohead and Neil Young.

The Shutes have performed at Bestival and the Isle of Wight Festival; they have also toured Europe twice and have supported the likes of Peter, Bjorn and John; The Bees and Howler.

The Shutes - Echo Of Love The Shutes - Echo Of Love Video