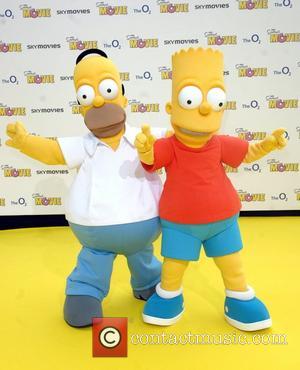 Obama has Clooney, Longoria and Pitt. Romney has, uh, Mr Burns! Yep, the owner of Springfield's nuclear power plant and living embodiment of corporate capitalism has come out in support of the Republican ahead of the U.S. elections next week.

In a YouTube video posted on Fox's channel, C. Montgomery Burns tells Americans that there's only one thing that could possibly deny Mitt Romney the presidency. At this point, his sidekick Smithers interupts, "The 47 per cent tape? The empty chair? The Cayman Islands? Swiss bank accounts? $10,000 bet? I like to fire people? Forcible haircut? The tax returns that Wesley Snipes would call suspicious?" Burns brushes off each suggestion, though says the moment when Romney strapped his dog Shamus to the roof of his car for "650-mile jaunt" could hinder things. However, the billionaire brings Shamus himself on-set, asking him "What did you think about being strapped to the roof of your daddies' car?.....what's that? You liked being tied to the roof of the car? Because it made you see more of this great land of ours? Ripe for drilling and mining and exploiting?" Shamus doesn't seem too happy with the whole thing, jumping through the window when asked to choose between Romney and Obama. "Bring in the next dog!" yells Burns.

After a couple of weeks off, The Simpsons continues its 24th season on Sunday (November 4, 2012).