The Simpsons Kills Off Main Character For Season 25

'The Simpsons' will see a major death in the upcoming 25th season. Who will it be? 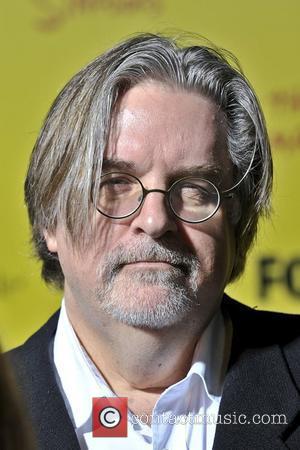 Picture: Matt Groening at the Simpsons Treehouse Of Terror and 20th anniversary party held at the Barker hangar in Santa Monica California, USA - 18.10.09

The Simpsons have been entertaining the masses for a whopping 24 seasons and in that time the only major character to be killed off was Maude Flanders 14 years ago, but it has been announced their will be another major death.

According to The Sun News, executive producer Al Jean is planning to kill a star of the cartoon in the upcoming season.

Jean told the Network, "I'll give you a clue that the actor playing the character won an Emmy for playing that character, but I won't say who it is”.

The revelation can’t help find the identity of who it will be as the show has won 25 Primetime Emmy awards in its storied career for the voices of Hank Arazia (Moe, Apu, Chief Wiggum, Comic Book Guy and more) and Dan Castellaneta (Homer, Krusty, Barney and more), including many more.

The last major death came in Season 11 when the wife of Ned Flanders, Maude (The Simpson’s neighbour), lost her life at a racetrack by falling off the grandstand. Maude Flanders died in the episode called, “Alone Again, Natura-Diddliy”.

Jean also hinted that the next season will see a Simpsons/Futurama cartoon crossover, as he said “I've been here 25 years, and we had a read yesterday where the excitement was as high as I've ever seen. We had John DiMaggio and Billy West and (Canadian voice-over king) Maurice LaMarche from Futurama, as well as our cast, and I thought that's got to be the greatest voiceover talent assembled at one read. It was really, really great to see Bender interacting with Homer."

Fans are sure to be very excited for the upcoming 25th season which premiered last Sunday (Sept 29th) with episode ‘Homerland’ and the annual ‘Treehouse of Horrors’ is set to air next Sunday (Oct 6th) on Fox at 8pm ET. Al Jean spoke to The Sun news about the upcoming season