The Simpsons To Appear In Olympics Episode

'The Simpsons' will broadcast a special Olympics-themed episode which sees chain-smoking Patty and her twin sister Selma racing the Winklevoss twins down the River Thames. 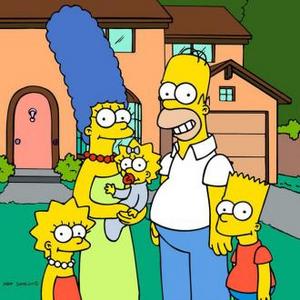 'The Simpsons' will broadcast a special Olympics episode.

The popular cartoon is getting into the London 2012 spirit with a storyline based on The Games in which Marge Simpson's chain-smoking twin sisters Patty and Selma are seen rowing down the River Thames against American rowers the Winklevoss twins - who competed at the 2008 Beijing Olympics.

A source told The Sun newspaper: ''A rowing event at the 2012 Games transforms into a sibling-off when the dapper duo find themselves up against chain-smoking Patty and Selma.''

The grouchy duo will speed past London landmarks like Big Ben and the Houses of Parliament in the race.

The episode also gives a nod to 'The Social Network' with actor Arnie Hammer reprising his role as both brothers, who famously sued Facebook founder Mark Zuckerberg for $140 million, claiming he stole their ConnectU idea to create the social networking site.