The Stone Roses To Reunite

The Stone Roses are set to reunite, after frontman Ian Brown and guitarist John Squire put their differences behind them. 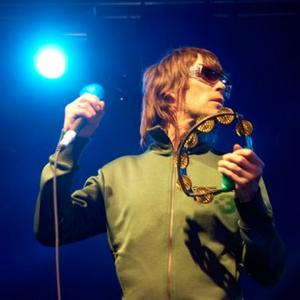 The Stone Roses are set to reunite.

The 'Fools Gold' group are in talks after frontman Ian Brown and guitarist John Squire settled their differences.

The pair had been locked in a bitter war of words since John walked out of the band in 1996, but relations thawed after they met at a funeral held for the mother of the band's bass player, Mani, in March.

A source told The Sun newspaper: "Ian has been mulling over reaching out to John for a while now. A lot of water has gone Under The Bridge and everyone has grown up. Ian has just gone through a tough time with a divorce and then Mani's mum's funeral brought everyone back under the same roof.

"It was an emotional reunion. There were no harsh words. It was a heartwarming breaking of bread.

"They had a lot to catch up on and have been in regular contact since."

The group had notoriously bad luck during their career, after a legal wrangle with their record label following the release of their defining debut album meant they hardly earned any money from it and were forbidden from releasing any music on another label for two years.

Despite their animosity after John quit the group, the guitarist - now an artist - had reached out to Ian, even writing a song for his 2009 album 'My Way', although it was ultimately rejected.

Ian explained: "John actually sent me a tune 18 months ago - pretty good, sounded nice, I liked it - but my sons turned round and said, 'dad you can't work on that - he sold you out didn't he? He left you for dead'."

The group are now said to be trying to track down the fourth original member of the band, drummer Reni.

Third Coming For The Stone Roses?