The Streets Beatles Ringo Starr The Who The Sun 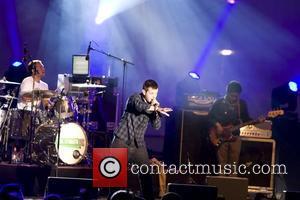 The DRY YOUR EYES star is besotted with TATIA STARKEY, the daughter of former The Who drummer ZAK, and has allegedly been boasting to friends about their passionate sex lives.

Skinner fell for Starkey after meeting her at a star-studded London party last month (MAR05).

A friend tells British newspaper The Sun, "He's been boasting about how filthy she is. It's safe to say it's a pretty physical relationship.

"They've met up for a few dates and they are having a lot of phone text. He won't say if there is a long-term future.

"But the pair of them are smitten at the moment."