By Holly Williams in Music / Festivals on 10 September 2014 The Strokes' latest effort appears to have intrigued and confused in equal measure.

The fifth studio album from The Strokes - Comedown Machine - is not Is This It. It sounds nothing like Is This It and frankly shouldn't be uttered in the same breath. This is bad news for Strokes fan-boys who have been waiting for another Is This It...since, well, you know. However, for all Comedown Machine has deflated fans of New York City Cops, Last Nite and Somebody, the 80's new wave inspired record appears to have won favour amongst critics.

The general consensus is that Comedown Machine is not so much a grower, as simply a little difficult to get into, which can often be ultimately rewarding. The BBC said, "The songs here might take a little longer to unlock than their predecessors, but none of them strike a false note." On previous efforts Last Impressions Of Earth and Angles, the songs were either pretty good, pretty unmemorable or pretty bad, and that was it. Comedown Machine appears to strike a different note entirely. Clash magazine called the album the band's "most thought provoking, strange and sexiest record yet," while Q said, "Their best album since they hit perfection with their debut."

Drowned in Sound provide a similar realistic sounding outlook on the album, saying, "The Strokes will never get back the raw magic of Is This It? but, with Comedown Machine, they've cast a different spell entirely - one that's almost joyful" - a view echoed by NME which said, "Most of all, it's fun - a great achievement considering it hasn't looked like fun being in The Strokes for years."

Continue reading: Is This It? The Strokes' Comedown Machine Deflates Fanboys, Intrigues Critics

The Strokes return with Comedown Machine, but is it any good?

Today, March 26, marks the day that The Strokes release their fifth studio album together, Comedown Machine. The album can perhaps be seen as the band's reassurance that they are still together and still intent on making records, thus the seemingly brief time since the release of 2011's comeback album Angles, but has this production-line album release resulted in something as good as Is This It or is it just more of a comedown from the high of their return? The Strokes: Have They Still Got It?

The first round of reviews are in now and so far there are very few bad reviews out there, with the overwhelming response being that the album is, if anything, a little underwhelming, but a fun and enjoyable listen nonetheless. Our own review of the album, salutes the bands ability to surf between their famed garage rock sound and their new 80's synth influence direction and whilst it may not be as relevant as the band's debut, it is "definitely worth investing time in."

Continue reading: The Strokes' Comedown Machine Just About Passes The Scrutiny Tests After First Round Of Reviews

Comedown Machine - Details Of Fifth Album From The Strokes, Revealed

The Strokes are back, folks. Last week, they released a new track online and now they’ve revealed that a new album is definitely on the way. It’s called Comedown Machine and it’s getting released on March 26, 2013, via RCA Records. Comedown Machine will be the fifth studio album from the New York band and their first since 2011’s Angles.

Not a huge amount is known about the album – which is currently available for pre-order on the band’s website – but new song ‘One Way Trigger’ reveals that the band have opted to layer ‘80s party synths over their singer Julian Casablancas’ usual laid back vocal style. The first single for the album will not be ‘One Way Trigger,’ though. That honour goes to ‘All The Time,’ a song first picked up on by radio station 107.7 The End. Bass player Nikolai Fraiture has previously told Rolling Stone magazine that they were “trying not to lose momentum by taking time off and having to reboot the whole system.”

“We're bringing in parts and ideas," Fraiture said at the time, "and kind of just working on those and trying to make sense of them, coming from five different people.” Now, it looks as though all of those parts and ideas have finally come to fruition, in album number five, Comedown Machine.

That Wasn't It? Do The Strokes Have A New Single?

By Contributor in Music / Festivals on 17 January 2013

Amidst the clamour of everyone else announcing their comebacks at the beginning of 2013, no one had really considered that New York hipsters The Strokes might be coming back for another turn around the block this year. 2011 was the year of their great resurrection, but with their first album in five years Angles not going quite as stratospheric as people would’ve hoped, you’d have to say excitement about the band’s existence isn’t quite as high it might’ve been then.

However, that could well change, after radio station 1077 The End claimed to have a preview copy of a new single from Julian Casablancas et al titled ‘All The Time’. Writing a status on Facebook, the station said “Previewing brand new Strokes "All the Time" thanks to RCA Records. We'll have to "leak" this soon. You won't be disappointed... –mike” The announcement has caused a flurry of activity on the comments underneath, with one overzealous commenter writing “IF YOU RELEASE IT AT 12:51 I WILL PROBABLY DIE”. Which seems a little over the top.

It should be noted that there’s been no official confirmation from the band whatsoever on this matter as yet, so it could all be a load of baloney. One thing’s for sure, if there is such a song to be leaked, you can imagine the radio station won’t be doing it without The Strokes prior consent, or they’d probably get sued to high hell.

Continue reading: That Wasn't It? Do The Strokes Have A New Single?

A Week in Music - The Strokes Return With New Sound, Justin Timberlake Comeback Hits The Spot, Mumford And Sons Rumble On With New Video 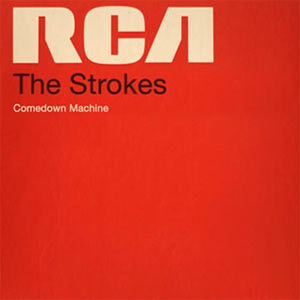 The Strokes New Song Revealed! How Does It Sound? 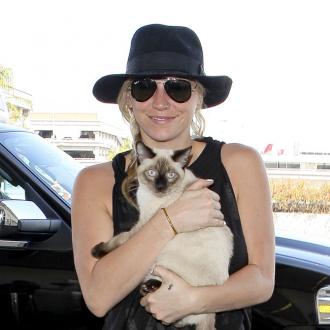 Kesha freaked out over Strokes collaboration 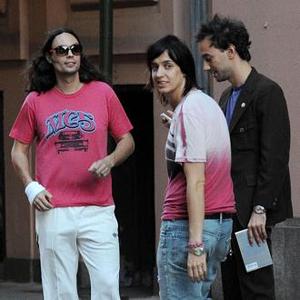 The Strokes Clean Up For New Album

The Strokes And The Futureheads Mourn R.e.m. Split

Cocker Performs With The Strokes At Reading Festival

The Strokes Dismiss Split Rumours With Album And Tour Talk