Review of We Disappear Album by The Thermals

Album number seven finds Portland Indie-Punk trio The Thermals on good form. A more focused set of songs than those found on 2013's Desperate Ground, the ten tracks on We Disappear grab your attention instantaneously. Hutch Harris leaves behind the fantastical fictionalised lyrical content of the bands previous work to present something altogether more grounded, personal, and intimate here. He perhaps sums it up best on 'My Heart Went Cold' with the line; "words I needed to say I buried away". We Disappear gives Harris the chance to finally express all the words he needed to say. Harris claims that technology, love, and death are the three obsessions of the record. Lyrically he's correct, but that neglects the streamlined construction of these songs. Most are built around a recurring and immediately catchy riff that everything else orbits around. The band sound tighter and the production is less cluttered than previously, then you realise the man behind the soundboard is former Death Cab For Cutie guitarist Chris Walla, and it all starts to make sense. The Thermals have lost none of their visceral sonic punch, but there is a clarity to the arrangements that benefits this material. Walla's involvement can only have helped to push the band in this direction, which has resulted in some of their best work to date.

If the trinity of lyrical themes that Harris is aiming for sound pretty conventional, it's perhaps his execution that elevates them to a cohesive whole. Straight out of the gate 'Into The Code' sets out Harris' main thesis; "If we go we will not be missed, in the code we will always exist". There are echoes of this idea elsewhere, such as during 'The Great Dying' ("The words we leave will be believed".) and the photographic references included in 'Always Never Be'. The concept of self-eulogising and presenting a public narrative of your own history through social media seems to fascinate Harris as he considers his own mortality and the idea that the only thing that ever truly lasts is love. This seismic shift in the way the world interacts through technology is the driving force behind many of these songs. As a relatively new phenomenon, Harris' observations on this are a welcome perspective and a piece of social commentary that doesn't feel tired or conventional, as you at first may have suspected.

Clocking in at under half an hour also means that there's little time for musical flights of fancy during We Disappear. It's noisy and introduces itself as an album in a squall of feedback, but the band works as a unit without any one member ever trying to steal the limelight. Despite the brevity of these songs, there is room to broaden the boundaries of The Thermals' usual comfort zone. Closing track 'Years In A Day' plays like a fever dream lullaby to what has come before. It reminds me of the similarly sedate 'Two Coffins' by Against Me! and acts as a summation of Harris' mindset as he succumbs to the weight of the ideas he's presented throughout the album. It's here that he reaches the conclusion that: "There are no words left to say". It's an unexpected, but welcome coda, which helps We Disappear to feel like a cohesive and accomplished narrative.

It would be difficult to describe We Disappear as a fun record. Granted there's a catchy Pop-Punk aesthetic to many of these songs, but below the surface is a far darker and heavier heart. I'd argue that depth is what makes it so satisfying as an album. It may fall under the radar of the mainstream, but there's something inarguably interesting and relevant to be heard here, and for that alone We Disappear deserves your time. 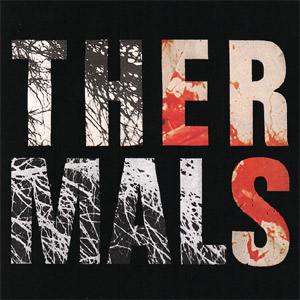 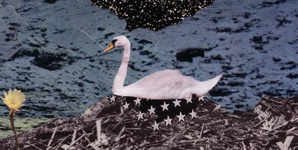 The Thermals - Now We Can See

The Thermals - More Parts per million