For a band whose fourth album is such a majestic, enveloping journey, the Twilight Sad's singer James Alexander Graham had a less than prosaic way of describing it, admitting that while he doesn't feel it was his best work, he is nonetheless extremely proud. And by damning 'Nobody Wants To Be Here And Nobody Wants To Leave' with that sort of faint praise, he runs the risk of underselling a record on which he and collaborators Andy MacFarlane (guitars, accordion) and drummer Mark Devine have joined the dots between the dour, cult sobriety of Interpol and The Editors whilst simultaneously throwing themselves back to the vintage shoe-gazing of Ride. 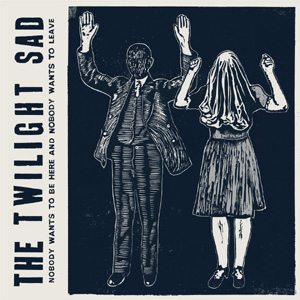 Recorded at Mogwai's Castle of Doom studios in Glasgow, the trio, who've shifted musical tone throughout their career from walls of sound to soul-baring introspection, have this time settled on an approach which allows MacFarlane to emboss their usual tales of regret with moods of his choice. That Graham sings in an exquisite Caledonian burr is incidental; this is no trinket to authenticity, instead something that colours every sketch with a sanguine, fatalistic warmth. The result is a collection that should expand their appeal beyond a small, but devout and frighteningly sincere fan base.

It would equally be wrong to suggest that as a result this is a clumsily titled album centred around clumsy emotions. Former band member Martin Doherty has gone on to find commercial success as one third of Chvrches, but when Graham shows a surprisingly non partisan attitude to accessibility by insisting that while they don't write pop songs, they do indeed love them, you could be forgiven for taking the sentiment with a pinch of salt based on past endeavours. It's fair to say that Joy hasn't been their go-to emotion to date, but on the likes of 'Last January' and 'I Could Give You All That You Don't Want', they sound energised, almost chipper. On the former, a thudding bass and metronomic drums contrast against guitar lines that hint at delicacy, propelling another tale of desperately needed succour onto the fringes of daytime radio.

Against perceptions - and perhaps remarkably - at no time do the trio fall into the easy traps of melodrama or miserabilism for miserabalism's sake. 'In Nowheres' for example rolls out to almost five and a half guitar effects-soaked minutes, it's gargantuan sound doubtless paralleling one of the band's eardrum-splitting live performances, Graham dead panning "No more nightmares" in amongst the disorientating swirl. You sense that epic isn't ever an adjective he'd use to describe their music, but there's a profound feeling throughout that some of these songs simply couldn't be put into another box: opener 'There's A Girl In The Corner' - sobriquet "..And she's crying for you, she's gonna die for you" is as unapologetically kitchen sink as anything the band have ever made.

By the time the listener reaches the title track this pummelling has left a space in the subconscious for relief, tenderness even. Understated, the droning guitar and awkward keys are halfway to this relief, Doherty's accordion helping the song to drift into the horizon. From there, the intensity is taken down a notch, 'Pills I Swallow' almost a love song (complete with surely the only mention of the Glaswegian term Gallus you'll hear this decade), whilst closer 'Sometimes I Wish I Could Fall Asleep' is plaintive and dreich, piano and reverb sending its jilted lover subject in and out of blurry focus.

At its conclusion, you're hit with the revelation that 'Nobody Wants To Stay Here And Nobody Wants To Leave' is a mere 43 minutes in duration. This isn't to suggest that the trauma of hearing it is etched into the psyche afterwards, but that few other records this year will do so much in such narrow confines. A compelling, immersive ride, The Twilight Sad may indeed love pop records much more than they think... just done their way. 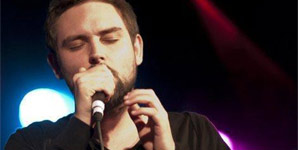 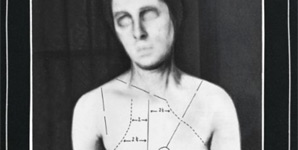 The Twilight Sad - No One Can Ever Know 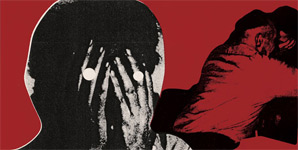 The Twilight Sad - Forget The Night Ahead 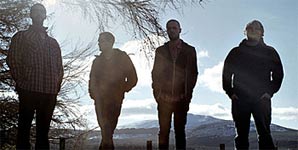 The Twilight Sad, Wintermute, Vessels and I Concur