The Vamps have "some fun ideas" to reinterpret their old songs. The Vamps are planning to re-record their hits.

The pop rock band - comprising Connor Ball, Brad Simpson, Tristan Evans and James Brittain-McVey - are set to revisit their old songs, including fan-favourites 'Can We Dance' and 'Wild Heart', for a new project to celebrate a decade together.

Speaking to The Sun newspaper's Bizarre column, Brad said: “That time around the first album was special for us, so we want to celebrate that music and breathe new life into it. We’ve got some fun ideas about reinterpreting old songs.”

Meanwhile, the group are also putting on a special festival experience for fans in Barcelona, Spain, between May 6 and May 9.

The Pollen Weekender is giving fans the chance to "Mix cocktails with Brad at his masterclass, get on the water for Connor’s boat party, meet up with Tris for your Saturday brunch, and then get together with the whole band for a soundcheck party with a Q A session."

Brad said: “The first day we are doing an acoustic show by the pool, the second is a DJ show and the third a full show.”

The 26-year-old star admitted his cocktail-making skills are limited, though.

He quipped: “I only know how to make about three or four cocktails so I hope I don’t get any rogue requests.”

The festival would no doubt appeal to The Vamps' famous fan, Lewis Capaldi, who loves their music and enjoys a tipple.

The ‘Someone You Loved’ hitmaker is believed to be an avid listener of the band.

Bassist Connor recently revealed the Scottish chart-topper once came up to the group at an afterparty and began singing the lyrics to one of their lesser-known album tracks.

He said: “We were at this afterparty with Lewis Capaldi and we were just chatting with him. We were just having a normal conversation and then, out of nowhere, he started screaming in mine and Brad’s ears this album track, off our first album. So like, not even a single, he just loves the song!” 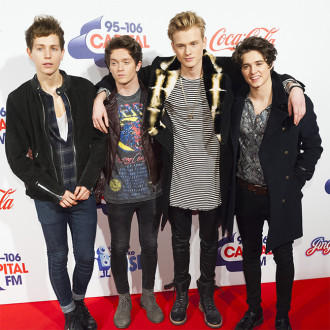