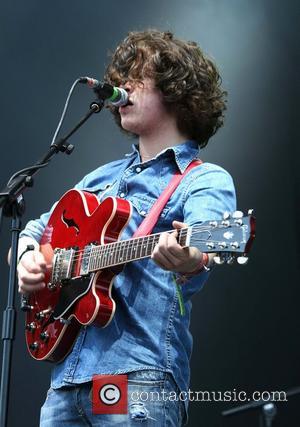 Picture: The View performs at the Meadowbank Stadium as part of the T on the Fringe Festival Edinburgh, Scotland - 24.08.07

STAR JONES REYNOLDS announced she'll be leaving US talk show The View live on air this morning (27JUN06), after nine years as co-host - but off-camera insists she was fired. Jones Reynolds made the announcement, and appeared visibly uncomfortable, claiming that she was leaving because the show was "moving in another direction". During her live speech she said, "Something's been on my heart for a little bit, and after much prayer and counsel I feel like this is the right time to tell you that the show is moving in another direction for its tenth season and I will not be returning as co-host next year." Co-host Joy Behar interrupted with, "That's shocking to me!" Jones Reynolds thanked the show's creator Barbara Walters for "giving me the opportunity of a lifetime". After some discussion Walters said, "It is a new chapter for Star. It will be a new chapter for The View in the fall." Contrary to speculation that she was unhappy with the addition of ROSIE O'DONNELL - one of her most vocal critics - to the show in September (06), Jones Reynolds insists she was forced to leave. She tells American publication People, "What you don't know is that my contract was not renewed for the tenth season. I feel like I was fired." She claims she was told her contract was not going to be renewed just days before news leaked that O'Donnell would be joining the show. But according to Fox News correspondent Roger Friedman, producers of the show had planned to sack her last autumn (05) after she constantly mentioned vendors associated with her wedding in order to receive free gifts and services. A source tells Friedman that Walters decided not to fire the beleaguered co-host at the time saying, "She felt sorry for her."