Singer/actor Tyrese Gibson Has Poured Out His Feelings About A Recent Heartbreak In The Lyrics To His New Song, Insisting He Was "Dumb" For Cheating On A Longtime Girlfriend. 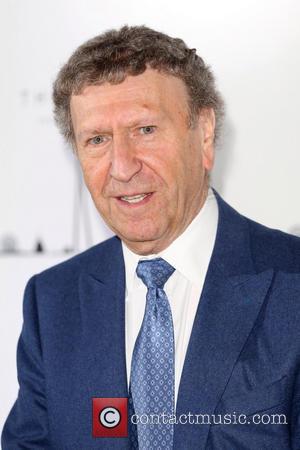 The How You Gonna Act Like That hitmaker reveals he had been dating a woman for some time when he was caught out by a telling text message from another lover and he has detailed his mistakes in the appropriately-titled single, Dumb S**t, from his upcoming album Black Rose.

Discussing the situation on U.S. talk show The View on Thursday (26Mar15), Gibson explained, "What ended up happening is, I had this girl that I was with and we lived together... My phone was on my nightstand and I had this girl's number saved under (superstore name) Wal-Mart... so I got caught out there. Wal-Mart was saying, 'I miss you...'"

Gibson tried to talk his way out of trouble, but his partner didn't believe him and dumped him.

He continues, "I just said that I'm really cool with the people in customer service and that didn't really work out for me.

"I just think, you know, we drinking Smart Water and driving Smart cars, but sometimes we do dumb s**t (sic). No one's perfect."

The star hasn't named the woman he cheated on, but he was most recently linked to actress Sanaa Lathan.

Gibson was also previously married to Norma Gibson, the mother of his seven-year-old daughter Shayla. They ended their two-year marriage in 2009.