Review of Grandad Galaxy Album by The Voluntary Butler Scheme

I have to admit that when I put the Voluntary Butler Scheme CD in to play, I did think it was stuck, or the laser needed cleaning, for a few moments, until the vocal kicked in. It's a strange sound, other-worldly to begin with, and I felt slightly disorientated, even uneasy. The first time a vocal is heard, on the second track, it sounds like something from another time, which is probably the intention. It's a sort of 1960's idea of the future, like a David Bowie creation, or the soundtracks to popular films of decades gone by. It's hard to say what time you're in, or to place the sound in a genre or era.

The tracks are uplifting, with a self-reflexive wryness that invites the listener to share in a joke, and laugh along. There is clear skill in the technological crafting of the sound that comes out, and you feel that a lot of work and craftsmanship has gone into it. It's a polished, highly developed sound, which is full of happiness and positive, high-level energy. 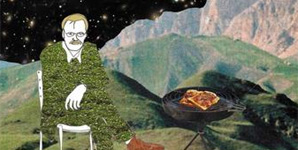 The record mixes lullabies with dance beats, and 1950's rock and roll, and the track Umbrella Flight has a wartime '40's dancehall rhythm and sound, recreated through modern synthesising. It blends technology with old-fashioned gramophone sounds.

It's a pleasurable, original listening experience, hearing this record; something unique, uplifting, and distinctly different. 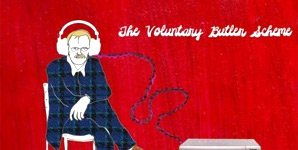 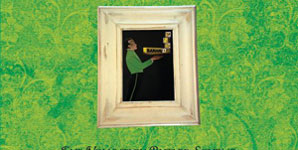