The Brains Behind Tv Zombie Drama The Walking Dead Will Have To Sit Out Of This Weekend's Fun At Comic-Con In San Diego, California Due To Throat Surgery. 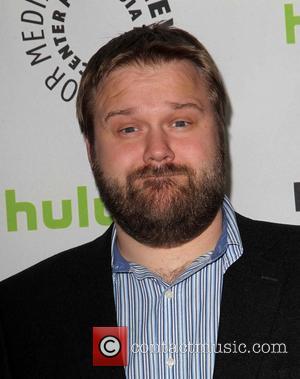 Robert Kirkman hasn't missed a Comic-Con convention in a decade, but he won't be able to make a planned visit to the event this year (15).

In a post on his website, he writes, "Unfortunately, after years and years of being healthier than my physique would indicate I had to have minor surgery on my throat.

"Nothing serious, but in the aftermath of such a fun experience, it comes with a brief duration of time where I'm unable to speak, so all that pink business inside me can heal. As luck would have it, that period of time overlaps with Comic-Con."

Kirkman was scheduled to take part in three panels at Comic-Con - for The Walking Dead, spin-off Fear the Walking Dead and new cable show Outcast. The premiere for his first feature film, Air, starring The Walking Dead's Norman Reedus, will also take place during Comic-Con.