Lindsay Lohan Was Wanted on The Wanted's Tour Bus 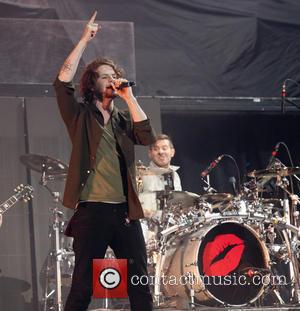 Picture: The Wanted and Carly Rae Jepsen performing live at Madison Square Garden as the support acts for Justin Bieber Featuring: Jay McGuiness, The Wanted Where:...

It was reported yesterday (7th Dec. '12) that Lindsay Lohan had appeared backstage at a The Wanted gig in Philadelphia's Jingle Ball, but Max George- who she was reportedly there to see- denied inviting her. Since then however, TMZ has been told that he did invite her to come along. Just as she asked her to join them on their tour bus as they took their show to Boston.

George's love live has recently come to a sharp stop as he and his girlfriend broke up not long ago. It has been reported that he's not looking for a girlfriend and doesn't want one, but apparently LiLo didn't get that memo. Lindsay's dating history isn't too hot either, she has been single for a while now, but in the past she's been linked to Calum Best, and a highly publicised relationship with Mark Ronson's sister, DJ Samantha Ronson. She has since described the latter relationship as 'toxic', telling US Weekly that "two toxic people cannot be together." Since their relationship ended in 2009, she has been single so we can hardly blame her for looking for love, regardless of gender.

For now, George isn't totally put off by Lindsay, a source told TMZ: "doesn't want a girlfriend, and is a single guy ... but doesn't mind having Lindsay around." However, LiLo might do well taking a leaf out of the irritatingly wholesome country singer Taylor Swift who seems to be fighting guys off with a stick.