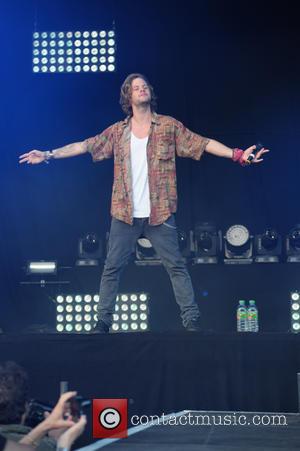 The Wanted star Max George has his sights set on landing a role in a British soap opera.

The singer recently scored a small part in the final season of hit U.S. musical comedy Glee, but he is hoping to leave Los Angeles and continue building on his acting career back home in the U.K.

He tells Britain's The Sun, "I'm really happy out here (Los Angeles) and Glee was one of my first auditions. To get that and to be hanging around with Jane Lynch and Matthew Morrison has been the best experience for me.

"I do miss my family though and I'm still auditioning for roles in the U.K. I'd be up for being in a soap, definitely. I've always been a big fan of them and I won't have to perform an American accent."

George has plenty of time on his hands to pursue his acting dreams after The Wanted went on an indefinite hiatus last year (14).