Nathan Sykes Is "Wanted" Once Again At The Summertime Ball

All five members of the band performed at the Summertime Ball. 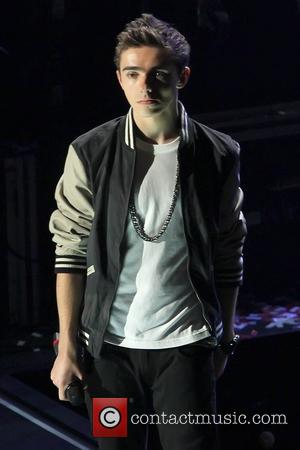 Nathan Sykes made his triumphant return to The Wanted this weekend, during the band’s performance at the Summertime Ball. Sykes had been off on a mandatory hiatus, after suffering a hemorrhaging nodule, but he seemed pumped for his first performance with them after the break. Naturally, he gave the obligatory gratitude to fans over Twitter after the show: 'Thanks for all the love today. Really put a smile on my face …'

The rest of the band also made a big event out of Nathan’s return and posted a celebratory tweet: 'He's back!!!!!!!!! #WelcomeBackNath.' The performance went off without a hitch, but Sykes’ return was in question up until the very last days, the Daily Mail reports. Before the concert, the singer commented that he would be “gutted” if he didn’t get to perform. About The Wanted’s upcoming Summertime Ball appearance, he said: 'I'd love to be there, we've been lucky enough to perform at every Summer Time Ball so far so I'd be gutted to miss it but I've got to take each day as it comes.”

He also talked about the slow recovery process: “I've had good days and bad days, days when I've tried singing and its been back to what it was and then had days when its been like I'm going backwards again but I'm having speech therapy and vocal coaching to try and get the strength back.”

Lo and behold, he’s done just that. Now, back in full force, The Wanted are expected to perform at various cities across the UK for the remainder of their national tour.