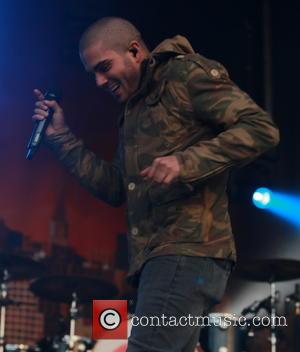 Police were called to a London hotel earlier this month (Jul13) after a famed poet accused members of The Wanted of hurling champagne over him during a wild party.

Poet and screenwriter Dr Todd Swift alleges he was left drenched at the Marylebone Hotel after revellers enjoying singer Jay MCGuiness' birthday poured booze over him from a second-floor window last Thursday (25Jul13).

He claims he was verbally abused by the partygoers, and complained to police about the alleged attack - but officers were unable to take further action due to a lack of evidence.

A spokesperson for Scotland Yard says, "Police were called at around 12.20pm on Thursday, July 25, to a report of a man having been verbally threatened and having had a liquid substance thrown over him at a hotel in Marylebone.

"Officers returned the next day, July 26, and spoke to the party identified. It was ascertained that a glass of champagne had been thrown, but there was no evidence of who, if anyone, had actually done this or been involved in any verbal altercation. The victim was informed that without any further evidence there were no further lines of enquiry to pursue."