The Wanted have praised Pink for her performance at the American Music Awards on Sunday night (18.11.12), with band member Tom Parker describing her rendition of 'Try' as the best of the show. 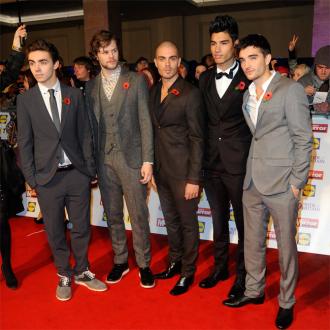 The Wanted were amazed by Pink's performance at the American Music Awards.

The British boy band were nominees at the ceremony on Sunday night (18.11.12) and performed their hit ' I Found You'.

The group lost out on the Favourite Pop/Rock Band, Duo or Group prize to Maroon 5 but rather than wallow in defeat the five guys sat back and enjoyed the show and had special praise for Pink's rendition of 'Try'.

Speaking at The Wanted's AMAs after-party at the Lure Hollywood nightclub - which was hosted by The Hollywood Agency and Us Weekly - band member Tom Parker told BANG Showbiz: ''The AMAs were pretty amazing, we didn't win it was great to be nominated and getting to perform was so fantastic.

''Pink was unbelievable, she gave the performance of the night. She's so incredible and such an amazing professional.''

The band - which also includes Max George, Siva Kaneswaran, Jay McGuiness and Nathan Sykes - played a set at the club and Tom revealed he and the boys were going to have drinks before taking to the stage.

He said: ''At the party tonight we're planning to have lots of shots, lots of vodka, lots of beers and then put on a great performance.''

Max insists one major difference between The Wanted and other boy bands is that they can play intimate club gigs and can drink booze and make it on stage.

He said: ''We're different from other boy bands because we like to play club gigs so we can drink and sing at the same time. Most other boy bands don't do that and they're too young to drink.''

A number of stars were at the party, including Kendra Wilkinson and Joanna Krupa.