Brit nominated Philadelphians The War On Drugs will hit Forecastle during their tour of the US over the Summer, before landing in Europe for a number of other festival dates. They'll be playing Saturday's line-up alongside the likes of Cherub, The Revivalists and Twin Peaks. Saturday also sees the arrival of LA band The Bronx's Mexican side project Mariachi El Bronx. Kicking things off on Friday is newly announced Oregon blues singer ZZ Ward, who recently appeared on Robben Ford's latest single 'Breath of Me' and will continue her busy schedule this year with Shaky Knees Music Festival and Fashion Meets Music. 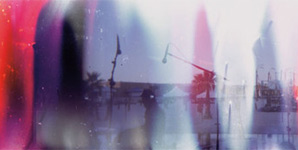