The Whip, Wired Together Album Review

By Joe Wilde in Music Reviews on 05 September 2011

Norman Cook founded Southern Fried Records seventeen years ago. The largely electronic-based output from the label has seen some of the most forward thinking electro of the past few years, including Cook himself, electro-funk pioneer Kurtis Mantronik, club legends Armand Van Helden and Crookers, and since 2008, Oldham's very own The Whip. Their second album, Wired Together, recruits Jagz Kooner as producer, the man probably best known for his work with Primal Scream and the Manic Street Preachers, not to mention his side-project Sabres Of Paradise, which draws influence from acid house and dub. So from the word go the band have had to compete with some competition from within its own label and a moderately high standard set by their first effort. 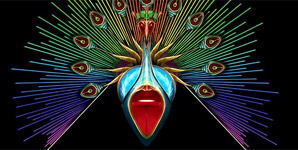