The Who Roger Daltrey Glastonbury Festival

The Who Rocker Roger Daltrey Has Been Banned From Performing Two Nights In A Row As He Recovers From Vocal Cord Issues. 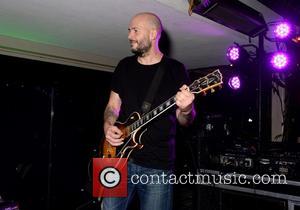 Picture: The best of British and U.S. contemporary art joined forces for an unforgettable night to raise money for Teen Cancer America, a charity founded by...

The 71 year old, whose band is headlining Britain's Glastonbury Festival next weekend (27-28Jun15), suffered swollen vocal cords in May (15) and postponed three dates on The Who's 50th anniversary tour.

Medical experts have insisted Daltrey needs to rest between each show, so the band cannot play two consecutive nights as their insurance policy will not allow it.

He tells Britain's Sunday Mirror newspaper, "I am not allowed to do two shows in a row because the insurance won't cover me... My doctor said you need to take a day off after a show. So the insurance company immediately say you must do that or your insurance will be negated.

"And of course to put a tour on you have no idea of the cost and we are responsible for 70 people's wages and you cannot jeopardise that insurance and you cannot go on without it."