The Who Have Postponed Four Concerts On Their Upcoming North American Tour To Allow Frontman Roger Daltrey Time To Recover From A Virus. 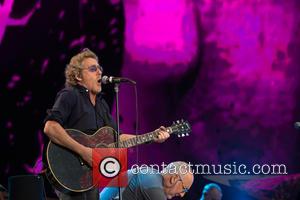 The veteran rocker has already dropped out of a charity concert at a private residence in Los Angeles on Saturday (12Sep15) after doctors advised him not to perform, and now the first four shows on The Who Hits 50! tour have been axed.

Gigs in California and Nevada that were set for 16 September (15) onwards will be affected, and the band has also cancelled its 18 September (15) appearance at the iHeartRadio Music Festival in Las Vegas.

The tour will resume in Portland, Oregon on 24 September (15).

The Who will reschedule the dates in San Diego, Anaheim, Las Vegas and Los Angeles.