The Wind-Up Birds - Courage, For Tomorrow Will Be Worse EP Review

Review of Courage, For Tomorrow Will Be Worse EP by The Wind-Up Birds

The Wind-Up Birds make articulate, aggressive, and determinedly northern indie rock. They place the spotlight firmly on their wordy 'singer', who isn't especially interesting in doing much conventional singing, instead alternating between relating the verses conversationally and barking out the choruses. That isn't intended as a criticism: on the contrary, his approach places him within a lineage of urgent, literate, speak-singing frontmen which began with Mark E Smith and includes talents like Art Brut's Eddie Argos. It's difficult not to be reminded of the latter's statement of intent: 'And yes, this is my singing voice/it's not irony, it's not rock and roll/we're just talking to the kids'. The Wind-Up Birds' vocalist certainly wants to talk to the kids. His lyrics are tales of everyday concerns: independent music stores shutting, getting sacked from a call centre, that sort of thing. These are not topics which should be addressed via smooth, slick vocals. 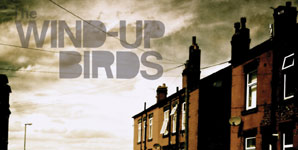 The band provide a perfect backdrop, taut and tense when they need to be, crashing and furious at other points. It's no-nonsense music, but accessible and catchy too, sounding not unlike the more frenetic moments on the Arctic Monkeys' first album. You'll be singing the choruses to surging opener 'Good Shop Shuts' and angry political rant 'Some Slum Clearances' long after the EP's last note has sounded.

If the record has a slight problem, then counter-intuitively that problem is the lyrics. They're certainly literate and elaborate, but at times they're not quite good enough to be leaned on so heavily. The lyricist lacks Smith's poetic surrealism, Argos's sense of humour, and Alex Turner's flair for sharp observations. 'In A Yorkshire Call Centre I Knelt Down And Wept' is charmlessly literal and obvious, and while many listeners will share sentiments like 'oh, the slogans on the wall/I was struggling to make sense of it all', it's hard to escape the feeling that this is a story which could have been told more deftly. Nevertheless, Courage, For Tomorrow Will Be Worse is a promising release by an interesting band. 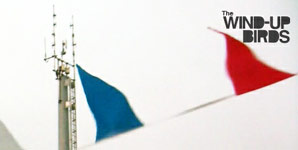 The Wind-Up Birds - The Land

The Wind-Up Birds - Courage, For Tomorrow Will Be Worse