The Wombats Frontman Has A New Band - Here's What We Know

The Wombats are currently on tour supporting their latest album 'Beautiful People Will Ruin Your Life', but after fourteen years in the trio, lead singer and guitarist Matthew Murphy is searching for other ventures to quench his creative thirst. And we are so looking forward to it. The Wombats at Life is Beautiful Festival

The indie frontman revealed that he was working on a new musical project in a new interview, adding that he'd already written a bunch of songs for it. Information about this band venture is being kept strictly under wraps, however we can conclude that it won't stray too far from The Wombats' ethos.

Continue reading: The Wombats Frontman Has A New Band - Here's What We Know 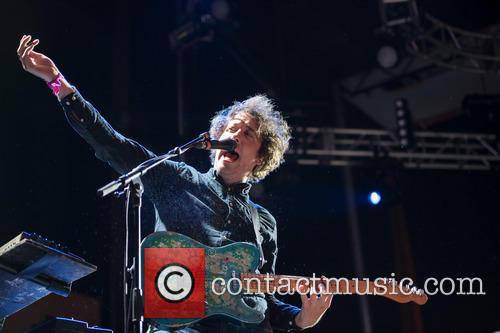 By Jamie Brannon in Music Reviews on 12 October 2015

Returning to the West Midlands for the first time since a triumphant summer headline slot at the Godiva Festival in Coventry, The Wombats are in Birmingham for a late addition to their tour itinerary in Birmingham's HMV Institute, a venue which is housing a fervent and glowing fanbase. What's most remarkable about the audience is the youthfulness of its number, despite The Wombats having released their debut album in 2007.

The Wombats have never been the most prolific when it comes to producing new albums - the latest offering 'Glitterbug' means they've released three albums in the space of eight years, but that hasn't had a negative effect on the reverence with which the band are held in. If anything, it only fuels the anticipation.

Opening with new track 'Give Me a Try', they fail ignite the carnage that defines their live shows. It's when third track, 'Moving to New York', is dropped that the energy in the room shifts up a couple of gears. The Wombats never enjoyed a plethora of hit singles -  partly because the single's significance was already beginning to fade when they brought out their debut album - but they possess a canon of tracks that are sung with fabulous gusto from the audience that their shows can still envelop a feeling of it being a greatest hits set. 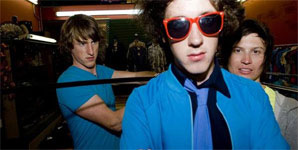 With performing in aid of the Olympic Torch's tour around the country prior to the Olympics, opening for the Red Hot Chili Peppers and even holding there own shindig in rural Cheshire, The Wombats have one busy summer coming up. Fresh from an exultant excursion across North America, this is nothing new for the well-travelled Liverpudlians, who are already renowned for their lengthy stays on the road.

By Nima Baniamer in Music Reviews on 04 November 2010

Even though The Wombats formed in 2003 it wasn't until 2008 that they were commercially recognised as a band to look out for. An album and three chart-placing singles later, The Wombats have returned to reflect on their past music but also reveal what is in store on their second record. Set for release in February next year, the fans at The Cockpit in Leeds were lucky enough to get a huge chunk of new material. The Cockpit may have been a strange choice due to its capacity, but the intimate nature of the venue definitely created a buzzing vibe that had a source that could light up all the bulbs in the building.

By Mark Moore in Music Reviews on 27 September 2010

After the success of their debut album 'The Wombats Proudly Present: A guide to Love, Loss & Desperation' The Wombats are ready to return with their new single 'Tokyo (Vampires & Wolves)' which is expected to feature on their second studio album that as yet has no name. 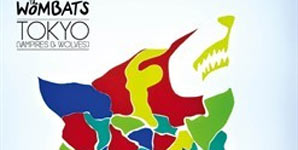 The Wombats, Proudly Present A Guide to Love, Loss and Desperation Album Review

The Wombats, Proudly Present A Guide to Love,
Loss and Desperation
Album Review 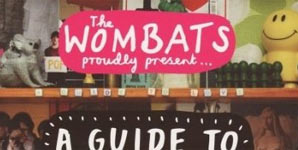 The Wombats have gone and done what many of us were expecting, and that's deliver an album that is often as insufferably 'wacky' as their name.

Tracks like former single 'Backfire at the Disco' and 'Little Miss Pipedream' are the biggest culprits; coming off like the musical equivalent of an irritating media student who thinks everything is 'raaaaaaaandom', whereas efforts like 'Kill the Director' and 'School Uniforms' are tired rehashes of the standard punk-funk sound that clogged up the public consciousness in 2005.

But perhaps I'm being too harsh. Because behind all the brash 'craziness', there is evidence of a decent pop band itching to get out. 'Party in a Forest' is a definite highlight, because it distils everything the Wombats are good at; catchy melodies, story-telling lyrics and crisp guitars, into a three-minute pop song, with an almost Weezer-like expertise.

Elsewhere, the ubiquitous hit single 'Let's Dance to Joy Division' suggests that they are a band capable of creating truly inventive pop, and that if they'd have written more like this, then this would be much better album.

But when an album contains such lyrical nuggets as 'I've seen her slam tequilas like Oliver Reed on an Irish stag-do', then you know its main audience will be people who think David Dickinson is a 'legend' and Mr T a 'genius', and would you want anything to do with these people? Of course you wouldn't.

Despite the gripes, The Wombats do have plenty of potential, but at the moment, you won't find anything too earth-shattering on Proudly Presents.