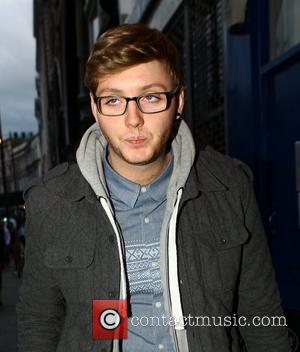 X Factor star James Arthur has been accused of ripping off a YouTube star for his latest performance on the reality show. Arthur, 24, performed a stripped back acoustic version of LMFAO’s Sexy and I Know It on Saturday’s show and won praise from all four judges.

The arrangement of the song was certainly refreshing and Arthur was easily one of the better performers on the night, though his rendition has drawn comparisons to a YouTube singer known as Only1Noah. His version of the track – uploaded five months ago – has since received 13.5 million hits and features the exact same arrangement as Arthur’s track. Noah had added the caption, “Okay guys! So I've actually always wanted to cover this and I finally arranged a version of it that I hope you like!” Disgruntled fans of the YouTube star have taken to the video’s comments section to vent their anger, with one user saying, “James Arthur should be axed from the show for his disgraceful talent of stealing other people's work. Shame on him seriously.”

On Saturday, Gary Barlow had called Arthur’s rendition “the performance of the series so far,” while Louis Walsh had handily added, “amazing, amazing, amazing.” Listen to both versions below and make your own mind’s up. Has James Arthur ripped off Noah?

Noah Cover of "Sexy and I Know It" by LMFAO