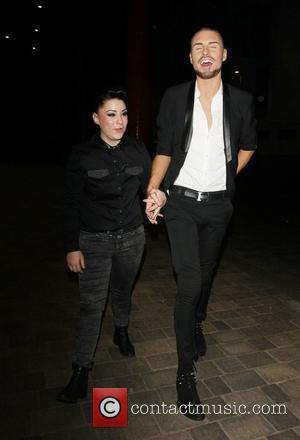 Picture: The X Factor finalists Rylan Clark and Lucy Spraggan arrive at their new hotel at 3am. The pair was asked to leave their previous...

Are Rylan Clark and Lucy Spraggan taking their time on X Factor seriously?

It certainly didn’t seem that way in the early hours of Monday morning when they were still out partying, according to the Evening Standard. Rylan was at the centre of The X Factor controversy last week when Louis Walsh chose to take the vote to deadlock, when it looked for a moment that he had chosen Carolynne Poole to stay in the contest. Rylan stayed, despite – by his own admission – hardly being the strongest singer in the contest. And he seems to be doing whatever he can to make sure he stays in the headlines until his number’s up on the show (which, if Gary Barlow has anything to do with it, will be very soon indeed).

Neither Rylan nor Lucy seem to be terribly comfortable with the format of the X Factor live shows; Lucy writes her own songs and develops a ‘socially awkward rabbit caught in about a thousand sets of headlights’ when anyone prises her guitar away from her and the camper-than-thou Rylan must surely have exhausted all of his tactics for distracting everyone from the fact that he can’t actually sing. And now, they both seem to be getting all Frankie Coccozza on us. This surely won’t go down well with the X Factor judges.

The pair of them seem to be seeking solace in each other’s company and the comfort of the demon drink; reportedly they have now been moved from the hotel that the rest of the contestants are staying in and are being punished by being forced to stay in a hotel closer to the studio. Rylan apologised online, posting on his Twitter page “Me and Lucy Spraggan are partaking in a small vacation from the hotel for a few days. Our most sincere apologies for our #beerfear behaviour.” A source at X Factor confirmed that the pair of misfits had been disciplined for their rowdy behaviour, saying “They have moved out, at least for the rest of week, to a hotel near the studios after their antics at the weekend. Producers got tough with them as punishment."