Rylan Clark On His X-Factor Ousting: I Was So Drunk 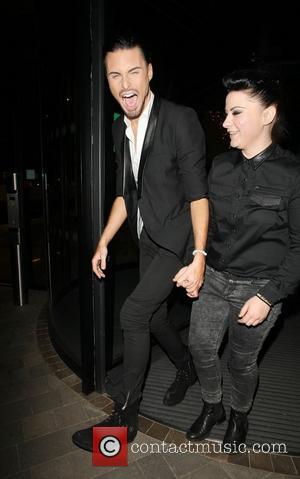 Picture: The X Factor finalists Rylan Clark and Lucy Spraggan arrive at their new hotel at 3am. The pair was asked to leave their previous hotel...

Rylan Clark gave head judge Gary Barlow a reason to despise him that little more this week, after being chucked out of central London hotel The Corinthia for flashing his behind. Joined by partner in crime Lucy Spraggan, the pair ran amok through the swanky residence before being given their marching orders by managers.

Reflecting on his misdemeanour to Heatworld.com, Clark explained, "Oh god, the hotel were not happy with that kind of press.I'm holed up in a hotel in Wembley for five days. I've got to behave myself," adding, "I can't believe it. I was so drunk, but I said I'd do it and I f*cking did it. The X Factor team warned me not to but they love it really." Rylan has as much chance of winning The X Factor as Matt Cardle has of another No.1 record, though he's firmly established himself as this year's token "crap act that makes it all the way till the end, until audiences get bored." His last performance saw him parade down a catwalk flanked by 'fashion pandas.

Yorkshire-born Ella Henderson is the odds-on favourite to win this year's show. She has been described as the best X Factor vocalist since Leona Lewis.