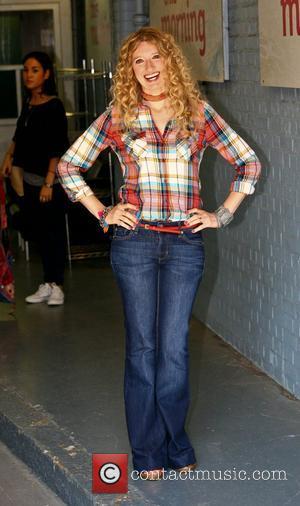 Is The X Factor in trouble with Ofcom? A number of complaints have been made to the TV watchdog about X Factor UK, after a 51 year-old contestant’s children were filmed watching from the wings and seemed to be pretty uncomfortable watching their mother’s botched Lady GaGa performance. Alison Brunton seemed confident that she would win the judges over with her rendition of ‘Edge of Glory’ and told researchers beforehand that she was ready to pursue fame now that her children were a little older (they were aged 14 and 16).

However, her audition was disastrous and left the X Factor judges unimpressed. Her dire vocal performance led Mel B to state “That should never have happened” and Louis Walsh to remark “It was a bit like somebody drunk at a wedding.” Backstage, Dermot O’Leary sensed her children’s discomfort and said “you want to be anywhere else but here right now…” Her son said “I’m never going to hear the end of this,” when he was asked if he would be teased at school. Under the broadcasting code, under-18s must not be “caused unnecessary distress or anxiety by their involvement in programmes.” 35 complaints were made to Ofcom regarding the way the children were treated during the filming of the segment, according to BBC News.

A spokeswoman from ITV has defended the use of the footage, by saying “The X Factor does not include child contestants but takes the welfare of any children featured in the show very seriously. It is a well-established format and contestants regularly bring along their family to support them, as Alison did. Footage of family members is only used when appropriate consent has been obtained."