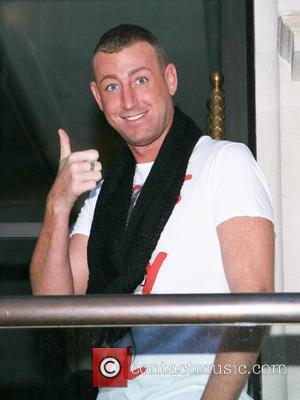 The X Factor has found itself at the centre of fixing allegations, of sorts, once again after contestant Christopher Maloney admitting voting for himself. Though Rylan Clark was thought to be this year's "dud contestant", much to Gary Barlow's chagrin, it's actually his own act Christopher that is arguably the most dated singer on this year's show.

Maloney beat the frankly awful Kye Sones in a sing-off last week, though some viewers are unhappy with his constant progression into the latter rounds of the competition. Sones himself spoke of his annoyance at being axed on Sunday (October 4, 2012). Several X Factor crew members told The Mirror that Maloney has been spending thousands voting for himself. One said, "I've seen him dialling and redialling his own number over and over again.It's sad really but he wants it that much that he is spending a fortune." Though there is no rule to stop contestants voting for themselves, one production executive said, "You can't outlaw this sort of behaviour but it leaves a very sour taste. It's against the spirit of the show." Maloney admitted, "I have voted for myself a few times," though insisted, "So has everyone else - I doubt my calls have made much of a difference... if I had more credit on my phone I'd vote more."

Maloney found himself in the live rounds after winning a public 'wildcard' vote. Are you thinking what we're thinking?

Watch Christopher Maloney's rendition of Eric Carmen's All By Myself: