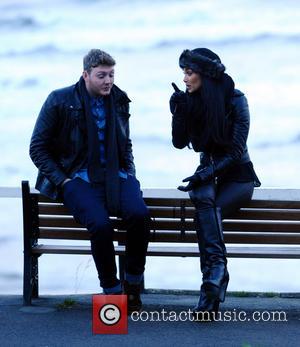 As the year's biggest talent show comes to a close, The X Factor contestants having been speaking about their experience of the competition. Christopher Maloney has earned the show a great deal of criticism and controversy, with many people- including the judges and fellow contestants- being baffled by his continued place in the competition.

Speaking to the Daily Mirror, Maloney said that he's "proud of how [he's] handled the stick." Adding, "This is all I ever wanted to do and regardless of what criticism I get I've always come back fighting the next week. I've tried to take on board what everyone has said, even if it is tough. I do take it all to heart."

His mentor, Take That's Gary Barlow has also spoken about Maloney's struggle: "He does take it all to heart, it's been tricky to watch him go through that. But he's proved them all wrong and I'm very proud of him. One of the big things as well is how Liverpool get behind their own - that has been heartwarming to see."

Despite James Arthur having never been in the bottom two, Jahmene is the favourite to according to the bookies. But as the Mirror have reported Maloney has garnered 60% of the X Factor bets made this week. The Mirror writer Derek McGovern, like us, remains baffled and whoever wins on Saturday will prove to be a real surprise.