Thievery Corporation - The Temple of I & I Album Review

Review of The Temple of I & I Album by Thievery Corporation

Like some sort of mythical civilisation from pre-history, the Chill Out era left almost nothing behind: excepting the odd reminder of a blinding Ibizan night, a dusty copy of Hed Kandi's ubiquitous Serve Chilled compilations or FAC 15's diaphanous cover of Stay With Me 'Til Dawn, relics are few, almost as if the end of the last Millennia bled straight into System of A Down and Britney. Washington based duo Rob Garza and Eric Hilton, aka Thievery Corporation, are one of the few survivors from the time that bass forgot, veterans whose first album Sounds From The Thievery Hi-Fi wore their love of Brazilian rhythms unashamedly on its sleeve.

So pronounced has this obsession continued to be for the pair that 2014's Saudade was in its entirety a downbeat collection of bossa nova campfire songs, a series of little indulgent breaths mostly exhaled in Portugese. If Temple I & I by contrast sounds like some radical house keeping has been done, it's because it's true: decamping to Port Antonio in Jamaica, the Thieves have used the island's vibes as a canvas, their residency in the erstwhile Geejam Studios facilitated with copious amounts of local rum and weed.

To the outsider the territory is still surrounded by a dark halo of mysticism, heroic lawlessness and the fight against political repression, a rebel spirit which crucially informed the roots reggae and dub movements of the 1970's. The modern era may be something less romantic, but opener Thief Rockers seamlessly melds MC gnosticism with a chiming archetypal dip, a take long on respect for tradition but produced via the digital alchemy of now.

Even those reluctant to be wise to the truth will acknowledge that the iconic Bob Marley aside, that offshoot of Jamaican culture is now almost entirely however in the rear view mirror: This leaves the essays in it here somewhere between revival and tribute, but at their apex - mostly with the honeyed voice of collaborator Notch - the results are dizzyingly good, from the TV-as-pollution iration of Weapons of Distraction to the acerbic no fuss, no fight plea Drop Your Guns.

Where the island's influence is more contemporary and profound on a global stage lies with the steady infiltration of dub, once a connoisseur's genre which now has it's imprint in most places. Garza and Hilton were never going to be slouches here, as the title track mixes their skeletal pads and samples into a deep, late night swirl of minimal techno that emphasises the ease with which the drops bolt into other forms. This bold dislocation of Temple of I & I's original premise then continues on Time & Space, with long time vocalist Lou Ghelichkani's Anglo-French whispers sounding like secrets and then on the laconic soul of Love Has No Heart.

Hilton has recognised the breadth of possibilities their environment blessed them with when he claimed that "On the musical map, Jamaica is an entire continent". A final nod to the monsters it spawned comes in the warped traditions of dance hall toasting recast as modern day hip hop, the insouciant Mr.Lif joining history at its tattered edges on the soulful Ghetto Matrix and Fight To Survive's contrasts of musical warmth and lyrical bleak.

It may have started out as part travelogue, part homage, but it seems that ultimately Garza and Hilton couldn't resist going back to what they do best. And if Temple of I & I bears no little resemblance to the early work of their back in the day cohorts Groove Armada, then this can be no bad thing. Not many artefacts remain from the period in which a great night out was a good night in: Thievery Corporation though may well have you cancelling that Uber.

Thievery Corporation - The Temple of I and I Album Review 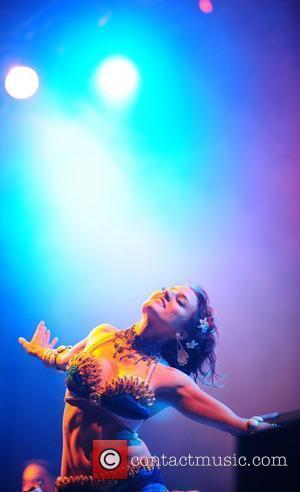 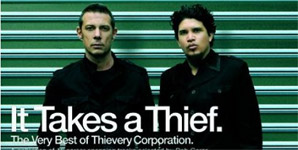 Thievery Corporation - It Takes A Thief