Them And Thin Lizzy Founding Member Eric Wrixon Has Died At The Age Of 68. 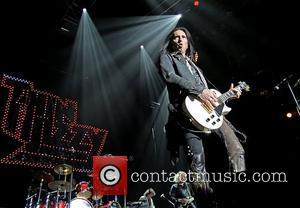 The keyboard player passed away in his apartment in Italy on Monday (13Jul15). No cause of death has been listed, but Wrixon was reportedly in poor health prior to his death.

Wrixon began his career as a teenager in The Gamblers and in 1964, he was recruited to perform alongside Van Morrison in the group Them as a teenager. He had to leave the band because his parents refused to let him become a full-time musician, and would not sign him to a Decca Records contract.

He got another shot at fame in 1969, when he teamed up with former Them member Eric Bell and the Orphanage's Phil Lynott and Brian Downey to form Thin Lizzy, but that was shortlived too - Wrixon left the group before the release of its first single, The Farmer, in 1970.

He went on to reunite with two other original members of Them in 1979 for the Shut Your Mouth album and in 1993, he teamed up with several other former members of the group and formed Them – The Belfast Blues Band. He played with the band until his death.