Thom Yorke claims the music industry will ''completely fold'' in a few months time and has advised aspiring musicians to try to find success on their own. 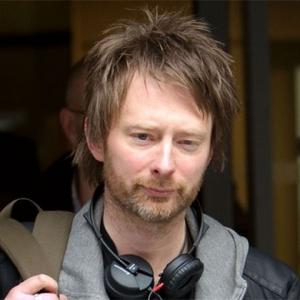 Thom Yorke has predicted the death of the music industry.

The 41-year-old Radiohead frontman - who split from record label EMI in 2007 after recording six albums - has advised aspiring musicians to try and make it on their own, rather than sign a deal with a major company.

In an interview for a new school textbook, Thom claims the mainstream music industry is dying and this will be "no great loss to the world" before telling musicians not to "tie themselves to the sinking ship".

Speaking in the 'The Rax Active Citizenship Toolkit', he added: "It will be only a matter of time - months rather than years - before the music business establishment completely folds."

Following their acrimonious departure from EMI, Radiohead went on to release their seventh LP, 'In Rainbows' initially as a download for which fans could pay what they thought it was worth.

The group were left infuriated when their former record label released a greatest hits compilation, 'Radiohead: The Best Of', in 2008, branding it "pointless".

Thom said at the time: "We haven't really had any hits so what exactly is the purpose? There's nothing we can do about it. The work is really public property now anyway, in my head at least. It's a wasted opportunity in that if we'd been behind it, and we wanted to do it, then it might have been good."