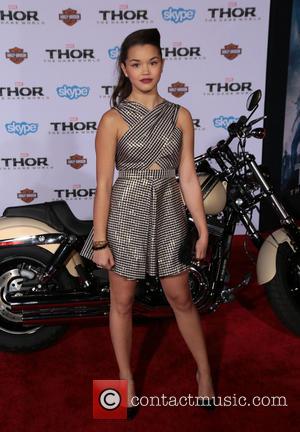 Thor star Chris Hemsworth is nursing a painful hand injury after dislocating his finger while trying to master Brazilian jiu-jitsu.

The actor was practising the martial art with a pal when he fell awkwardly.

Hemsworth recalls, "He was showing me a thing or two and I fell back on it and it ended up at a right angle to my hand and the knuckle was sitting, like, half an inch down under my hand.

"My friend grabbed it and put it back in but it is rather swollen still."

And to make matters worse, Hemsworth is also starving himself for a new role in a film about the true events that inspired author Herman Melville to write Moby DICk.

He explains, "(It's about) a bunch of sailors in a whaling ship, which gets struck by a whale, the ship sinks and they jump onto the small rafts and drift for 90 days and begin to die and eat each other.

"We have to get rather skinny, so we're on about five or six hundred calories a day... You've never heard 15 guys, big burly guys playing sailors, talking about their calorie count and what they should and shouldn't eat.