Review of Daydreams and Nightmares Album by Those Dancing Days

It's something to really be proud of when you are a product of the new 'people power'. Whilst as citizens we may not have much say in the way the world around us is run, and at the moment you could be forgiven for believing that we have no say at all as we all lose our jobs and run out of money! However, we see opportunities to seize control. When people and not media moguls and PR gurus are saying what we like, not taking what we are told we should like. 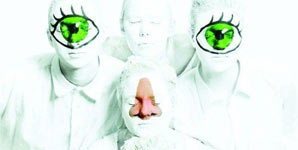 Those Dancing Days are, in a way, one of those bands who came to our attention through their popularity amongst the bloggers. Perhaps initially they stood out because they were so young, and when I say young, I mean they were still at school. However, this could be a key to their success and ownership of their music. There's something about being that young and having a sort of 'this is what I want and I don't care' attitude.

As a group, they have the most amazing and natural energy. It's that raw and fresh sound that you only get from artists with real talent from the start. Those who have an idea of who they are and won't conform to being something they are not. There is nothing apologetic, the album screams with confidence.

Opening with the current trend for high pitched synthesisers, 'Reaching Forward' is a great start to an album. A hard hitting punch of a chorus offers a great hook, ultimately doing its job and leaving you eager to continue with the album. 'Fuckarias' is the fast paced indie pop we have been waiting for. An angry musical rant for all, sometimes we all need that! In complete contrast 'We fade Away' brings the tempo down, but not the standards. Daydreams and Nightmares is, refreshingly, a fully likeable album that will hopefully see the band go far.

Like Florence and The Machine with an electronic edge, the attitude of Blondie, and a dash of nineties No Doubt. A great Swedish export!

Those Dancing Days - Daydreams and Nightmares 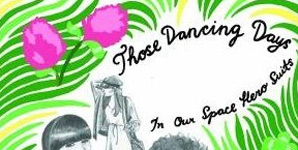 Those Dancing Days - In Our Space Hero Suits